Andy grew up on a mixed farming enterprise just north of Wagga Wagga. The farm incorporated a thoroughbred horse stud as well as winter cropping and sheep enterprises. After studying for a year at Sydney University in 2004, Andy moved back to Wagga to pursue a career as an equine veterinarian.

Andy (BVSc BVetBio) graduated from the School of Veterinary Science at Charles Sturt University, part of the inaugural class to complete the degree in Wagga. Andy then moved to Beaudesert, Queensland, to work in equine practice. The clinic serviced some of the largest thoroughbred studs in the state and was where Andy developed his interest in equine reproduction. Extensive experience was also gained in equine dentistry, medicine, and surgery.

After completing two breeding seasons in Queensland, Andy moved from sunny Beaudesert to work as a locum in the United Kingdom.

His first position was in Cambridgeshire, about a 20 minute drive from Newmarket, the racing capital of the U.K. A wide range of services were offered by the practice and clients were varied. High performance equestrians, pleasure horse owners, thoroughbred trainers and breeders, were among them. The next locum was in an equine practice in Woodbridge, Suffolk, another beautiful area of the UK. After travelling through Eastern Europe for the European summer, Andy headed back to Australia to work at equine veterinary clinics in Shepparton and Bendigo.

After consultation with many people in the equine industry in Wagga, the need for a dedicated mobile equine veterinarian in the Wagga region was recognised. Andy then decided to launch this service and set up Riverina Equine Veterinary Services. The service now provides high quality veterinary care for the local equine population. 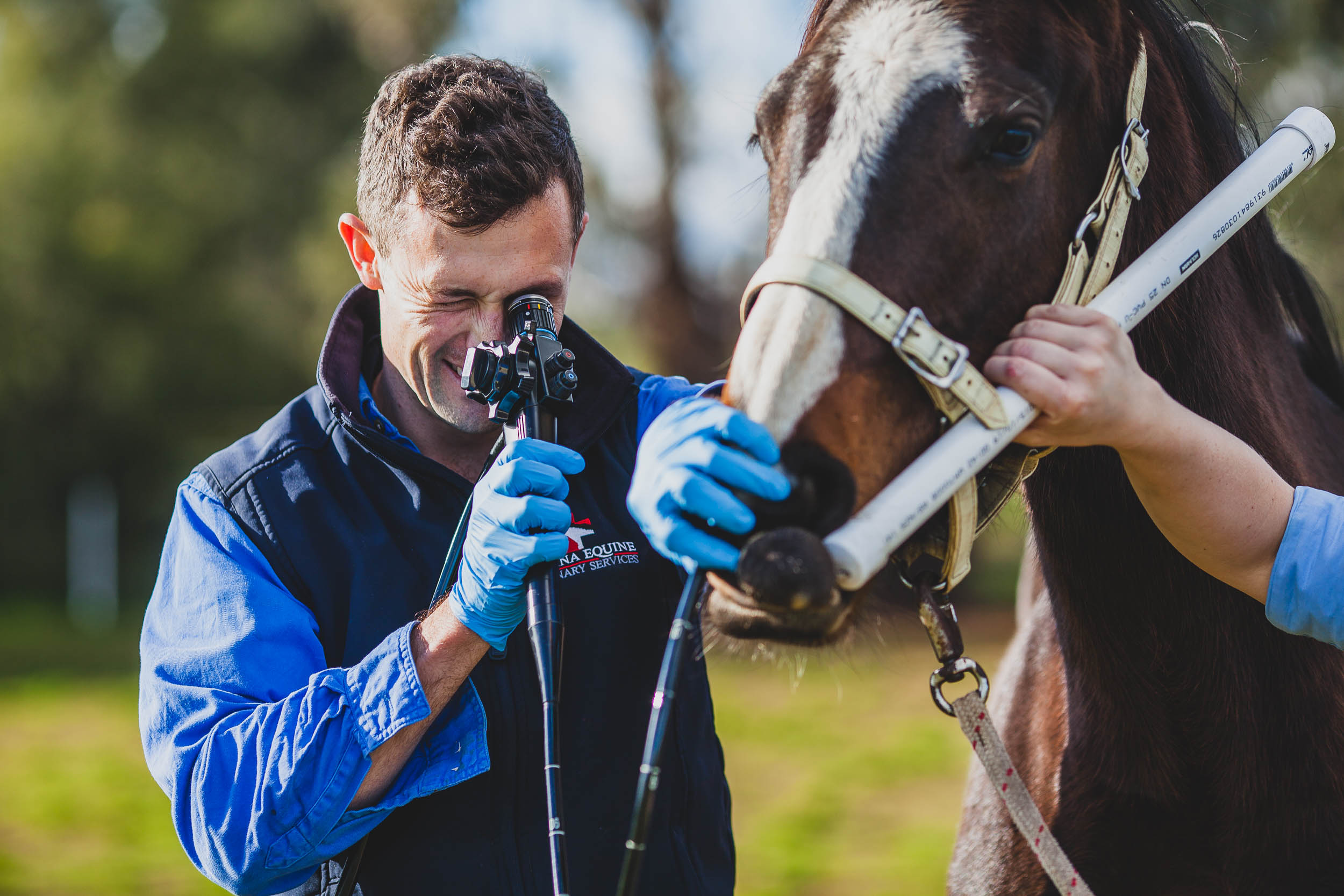