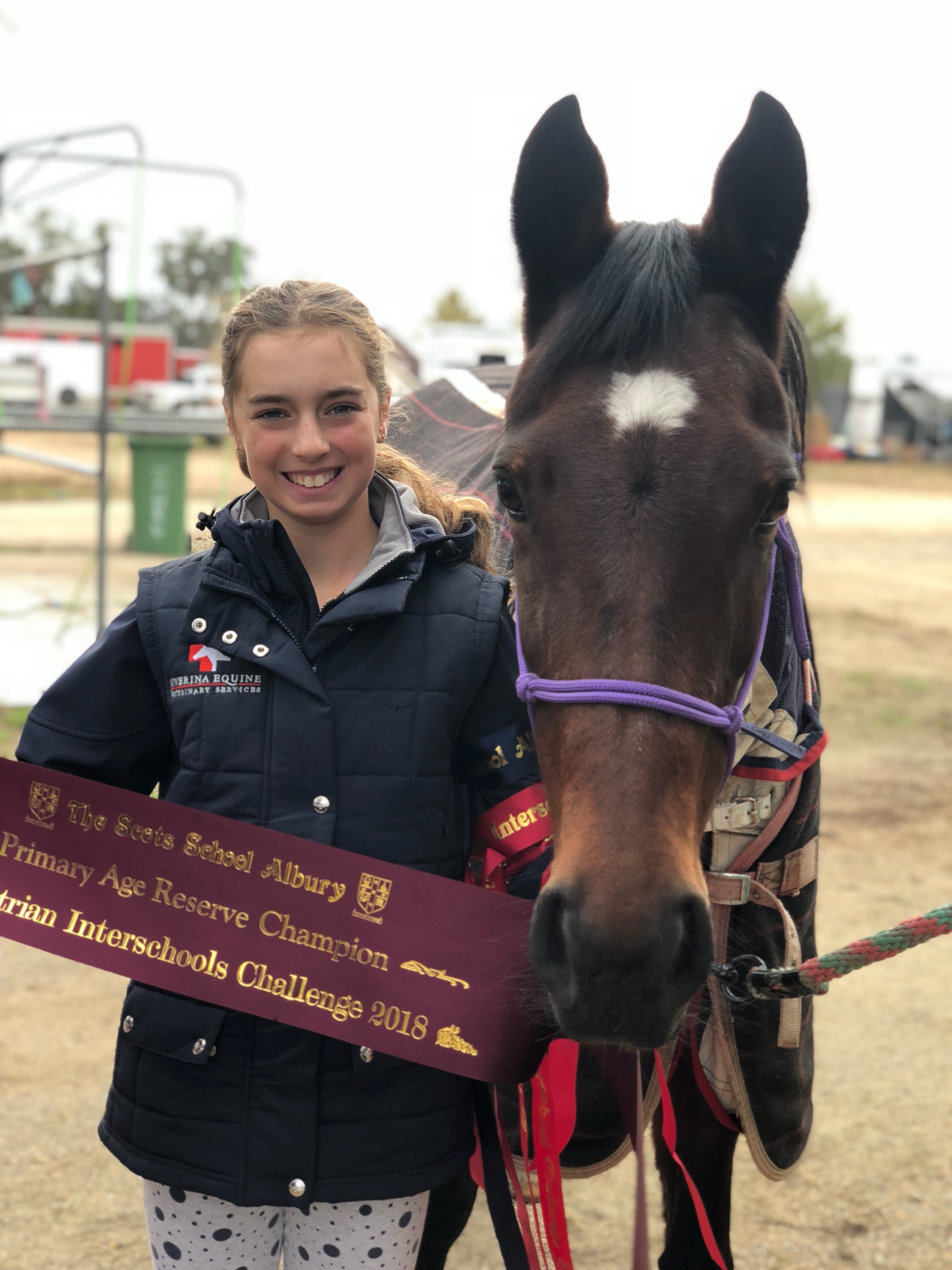 Indi and Miranda have been super busy over the past few months, traveling from one end of the state to the other! April saw them competing in Albury, placing in the Open 90cm Grand Prix, before attending Scots Interschool Championships and coming home with the ‘Primary Age Reserve Champion’.

In May, they competed at the Phillip Judd Memorial Day, placing in all classes, and have just returned home from Pony Club State Showjumping Championships where they competed against some of NSW’s most talented showjumpers in the Championship B Grade Division. Over the two days they placed in all four classes, learning a great deal and having fun with new friends. Out of all classes, Indi really enjoyed the Accumulator where they successfully jumped the ‘Joker’, a jump over a metre in height with a spread!