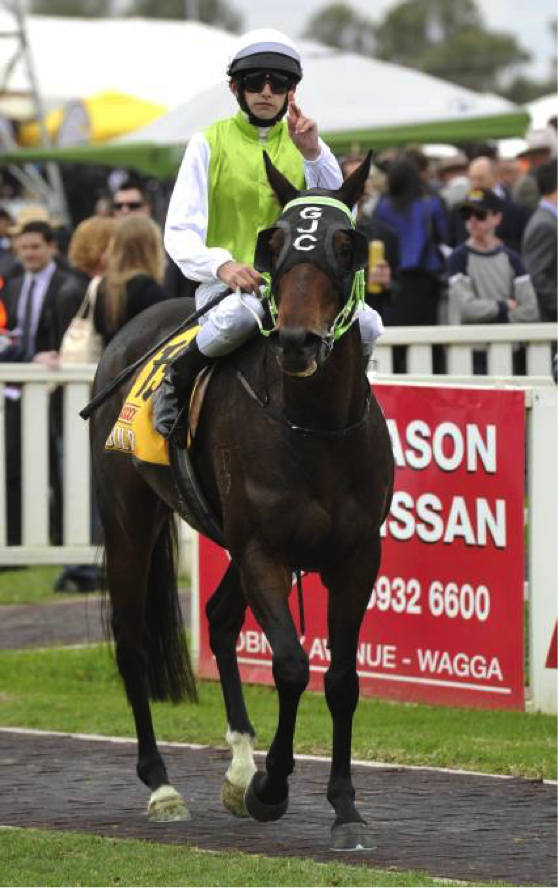 We were called to assess Snipperette after the thoroughbred mare ran last by 13.5 lengths at Gundagai, a mere 4 weeks out from a big race she was being prepared for at the Wagga Gold Cup Carnival.

A thorough examination was conducted to assess her heart, lungs, airways and muscles to try to work out the reason for her poor performance. After finding nothing remarkable on the clinical examination we moved onto a lameness examination.

Snipperette had a mild bilateral hindlimb lameness (affecting both back legs) that presented as a shortened stride that was difficult to pick up by an untrained eye. Flexion tests and nerve blocks confirmed that the most likely location for the problem was in the hocks.

Radiographs (x-rays) were taken of both hocks and revealed some arthritic change in one of the hock joints, a common cause of underperformance and lameness in racing horses. The mare was sedated and had her hocks surgically prepared before they were injected with cortisone.

Snipperette responded very well to the treatment and despite drawing the outside barrier, she stormed home to win the $35 000 Arrowfield Queen of the South BM 70 at 20/1 odds at the Wagga Gold Cup Carnival.

Are you confident your racehorses are performing at 100%? Call Riverina Equine today to make an appointment on 0422154301. 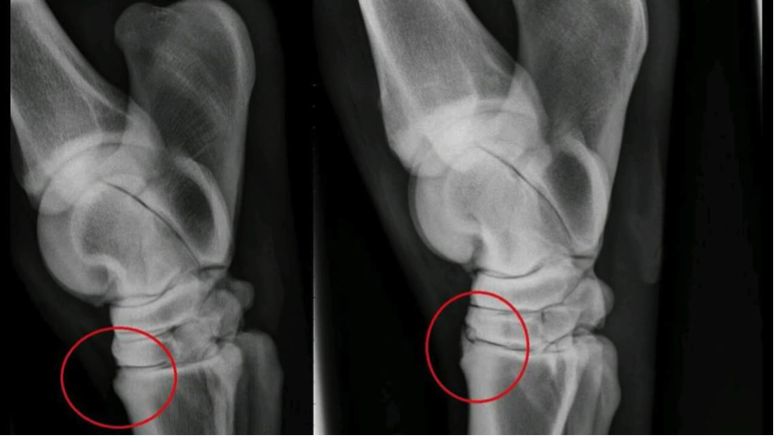 Featured Text:
We were called to assess Snipperette after the thoroughbred mare ran last by 13.5 lengths at Gundagai